With backing from major foundations, AFL-CIO and SEIU, the LIFT Fund supports organizations that are pioneering worker community partnerships

WASHINGTON, D.C. – Amidst a global pandemic and ever-increasing worker inequality, the need to effectively organize and uplift worker voices towards better and safer working conditions has become imperative. Worker centers and labor unions have an opportunity to step up to create unique partnerships that support new forms of worker organizing that ultimately lead to greater and sustained prosperity for workers.

To this end, Labor Innovations for the 21st Century Fund (LIFT Fund), a unique collaborative fund with a decade-long history, aims to ensure that workers are at the center of decision-making as public support for worker organizing increases. Over the past 10 years, LIFT has led the issuance of key grants to support a diverse array of innovative organizing projects, as well as to build trusting relationships within the movement. LIFT has been a vital convener that brings together philanthropy, unions, worker centers and other movement allies; and a thought partner focused on continuous learning for its funders and the field overall.

The funders recently tapped veteran labor strategist and organizer Jennifer Epps as LIFT’s next leader in its fight to build a stronger worker and labor movement and support innovative and bold strategies being developed by organizers across America.

Epps has worked on the frontlines leading strategies that have led to unionization, improvements in benefits, better working conditions, and raised millions of dollars for workers in the health care and education sectors. As a former vice president of the largest local union in the world, 1199SEIU United Healthcare Workers East, and as the former executive director of one of the largest teachers’ union locals in the nation, Epps brings more than 15 years of experience organizing and winning for workers to her new role as Executive Director of the LIFT Fund. 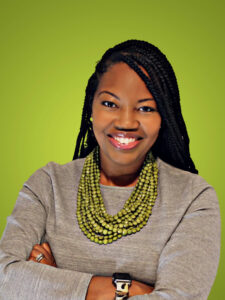 As a seasoned organizer and strategic leader with extensive experience building worker power, Epps has helped forge relationships and alliances between labor and community organizations to win major victories.

After a nationwide search, Epps will become the second executive director in LIFT’s 10-year history.

“I’m honored to join LIFT to build on the good work done so far and further its growth, especially in the U.S. South through the Southern Worker Opportunity (SWO) Fund. And I’m eager to help expand the capacity of labor, community and philanthropic organizations in building a future we all want to see,” said Epps.

The search was led by a hiring committee composed of three funders, the AFL-CIO, the Ford Foundation, and TARA Health Foundation, who considered a number of strong candidates.

“Jennifer was selected because she is a creative, visionary, and capable organizational leader who has dedicated her career to building power for working people,” said Fred Redmond, Secretary-Treasurer for the AFL-CIO. “As a founding member of the LIFT Fund, this is an exciting moment for the labor movement. With more and more workers increasingly taking collective action, this is a moment that represents an opportunity to organize, grow, and build worker power. The LIFT Fund is well positioned to be at the center of this work.” The AFL-CIO is a co-chair of the LIFT Fund and a seed funder for the SWO Fund.

Epps takes the reins after LIFT’s former Director, Valeria Treves, stepped down to serve as an Advisor for Worker Voice Engagement at the U.S. Department of Labor in February 2021. “We see tremendous opportunity for change in this moment of increased support for worker voice and organizing, and are thrilled to have Jennifer Epps at the helm to usher the LIFT Fund into a new era,” said Sarita Gupta, director of the Future of Work(ers) program at the Ford Foundation. Ford is a co-chair of the LIFT Fund and a seed funder for the SWO Fund.

Today, LIFT has grown exponentially with the addition of a new initiative, the SWO Fund, a $20 million collaborative vehicle to support the development of a coordinated “ecosystem” of organizations, working on campaigns that can increase the collective power of workers, promote racial and gender justice, and improve the living and working conditions of workers across the South.

Epps is available for interviews which can be scheduled by contacting Catharine@617MediaGroup.com.